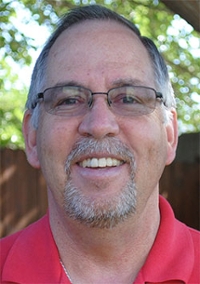 Edward John Nava, Lecturer III, has been elevated to Senior Member of the IEEE. Only 10% of IEEE members are given this distinction. Senior member is the highest grade for which IEEE members can apply.

Nava retired as a Senior Manager from Sandia in 2010. While at Sandia, he also joined the US Navy as a reserve Engineering Duty Officer. As part of his reserve activities, he helped form the Afloat University, where he and other reserve personnel would train Navy IT personnel on how to securely operate their commercial technology based systems, while at sea. Later, Dr. Nava was recalled to active duty and selected to teach in the Electrical Engineering Department at the US Naval Academy. He retired from the Navy in 2008 at the rank of Commander.

As a follow on to his analysis work at Sandia, his current research has been focused on developing capabilities to enhance the protection of information in computer systems. His specific focus has been on preventing users who have been granted access to information from inadvertently or intentionally compromising the information. This research has emphasized operation in cloud computing environments.

IEEE Bylaw I-104.3 sets forth the criteria for elevation to Senior Member grade as follows:

If you, or somebody knows meets these requirements, they can self-nominate, or be nominated for Senior Member grade.