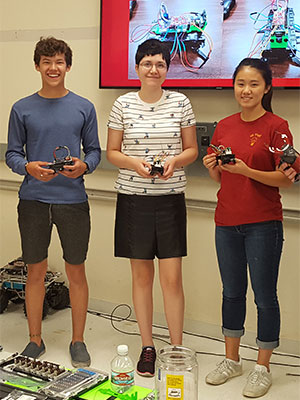 The Cooperative Control of Unmanned Vehicles can be used for many functions such as fighting forest fires, to cleaning up oil spills and performing critical search and rescue missions in hostile territory such as a battlefield or the site of a terrorist attack.

Students were excited to learn some coding and commands to manipulate the robots and gained an understanding of real-world applications of technology and research when watching robots communicate with drones in Dr. Fierro’s Multi-Agent, Robotics, and Heterogeneous Systems (MARHES) lab.

Incoming Fall 2018 freshmen students, Isaac Garcia and Elexis Panas took advantage of this unique experience to learn more about their areas of interest. Isaac, pursuing Electrical Engineering, and Elexis, pursuing computer engineering, were excited about participating in this event and working with Dr. Fierro and his student lab team. 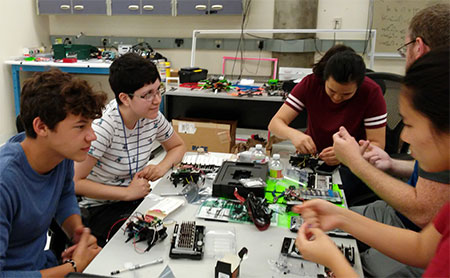 When asked how they felt about starting college, Isaac and Alexis’ comments included excited, but nervous, and feeling intimidated. Both feel they are prepared for college and ready to gain the knowledge and skills needed for their academic and career pursuits.

When asked what they learned in this event, their comments focused on coding and its broad use, especially in communications and robots, and the role that research plays in problem-solving. Each agreed there are many resources to seek out at UNM to help advance their learning experience. Both students gave the event an A+.

This story was written by Glenda Kodaseet 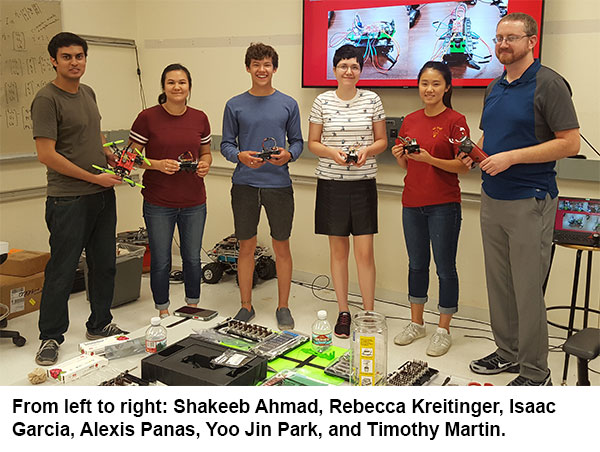