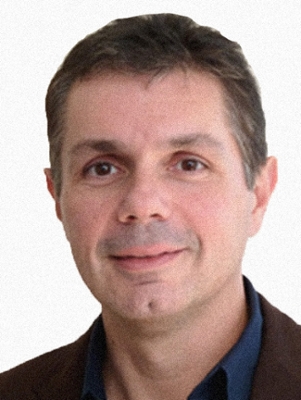 How did this partnership come to be? Two years ago, a sort of “call to arms” was sent out among UNM quantum experts, saying now was the time for big ideas because federal support for quantum research was gaining traction. Devetsikiotis’ vision was to create a quantum ecosystem, one that could unite the foundational quantum research in physics at UNM's Center for Quantum Information and Control (CQuIC) with new quantum computing and engineering initiatives for solving big real-world mathematical problems.

At first, I thought [quantum] was something for physicists,” explains Devetsikiotis. “But I realized it’s a great opportunity for the ECE department to develop real engineering solutions to these real-world problems."

“This is a very vibrant time in our field, moving from physics to broader activities,” says Deutsch, “and [Devetsikiotis] has seen this as a real growth area, connecting engineering with the existing strengths we have in the CQuIC.” 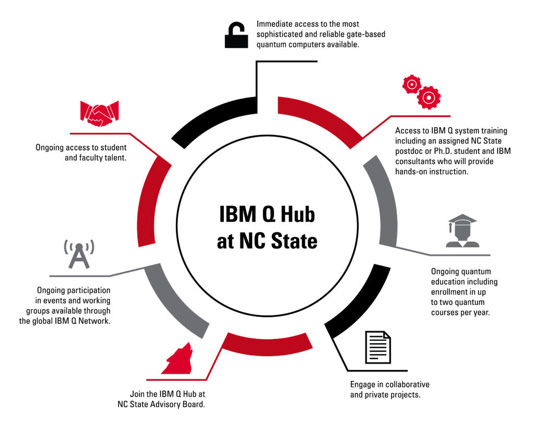 With strategic support from the Office of the Vice President for Research, Devetsikiotis secured the National Science Foundation funding to support a Quantum Computing & Information Science (QCIS) faculty fellow. The faculty member will join the Department of Electrical and Computer Engineering with the goal to unite well-established quantum research in physics with new quantum education and research initiatives in engineering.

This includes membership in CQuIC and implementation of the IBM Q Hub program, as well as a partnership with Los Alamos National Lab for a Quantum Computing Summer School to develop new curricula, educational materials, and mentorship of next-generation quantum computing and information scientists.

As part of the Q Hub at NC State, UNM gains access to IBM’s largest quantum computing systems for commercial use cases and fundamental research. It also allows for the restructuring of existing quantum courses to be more hands-on and interdisciplinary than they have in the past, as well as the creation of new courses, a new master’s degree program in QCIS, and a new university-wide Ph.D. concentration in QCIS that can be added to several departments including ECE, Computer Science, Physics and Astronomy, and Chemistry.

“There’s been a lot of challenges,” Devetsikiotis says, “but there has also been a lot of good timing, and thankfully The University has provided support for us. UNM has solidified our seat at the quantum table and can now bring in the industrial side.”